I've decided what better way to kick off this blog than a series of posts about its namesake:
The Death and Dismemberment Table. I plan to continue returning to the topic over the course of time, as I tinker away at The One Death & Dismemberment Table To Rule Them All  (TOD&DTTRTA or Todd as I like to call it in my best John Sheppard drawl). There are plenty of perfectly functional tables on the internets, but sometimes you just gotta tinker (chances are if you are reading a gaming blog you know just what I'm talking about. And besides, a blog's gotta have a theme dunnit? And Death & Dismemberment is a cool blog name to boot)

So, what exactly is a Death & Dismemberment Table?

Thanks for asking (apart from the Grognards chortling knowingly into their neckbeards). In Classic D&D (Original, Holmes & Basic) when your hit points are reduced to zero the result is immediate death. For many early (and OSR) D&D players this was too deadly, or the lack of results in between fully functioning combatant (>0 HP) and dead (0 HP) didn't mesh well with their image of the outcomes of an armed skirmish (whether real or fictional). As a result lots of house rules evolved to fill these gaps, the best known being Death's Door (combatant is unconscious and dying at 0 HP but death does not occur until -10 HP) which would become codified into the AD&D rules. Third edition made a minor tweak to this (disabled but conscious at 0 HP, unconscious and dying from -1 to -9 HP, dead at -10). Fourth and fifth editions expanded the hit point range of death's door (to negative bloodied and negative max HP respectively) and added a Death Save mechanic, but these are all essentially the same rule and serve the same function - to provide a buffer zone once hit points have been reduced to zero, for the purposes of increased PC survival and better simulation of combat outcomes. A Death and Dismemberment table (DADT) is simply an alternative (and I'm going to suggest better) way of resolving this situation.

Whilst there are a variety of styles of DADT's, they all follow the same basic formula - when hit points are reduced to zero a roll is made on the table, giving a result ranging from essentially unharmed and still combat capable, to varying states of wounding, dismemberment or death, usually accompanied by a graphic and/or blackly humourous description.  In many ways a DADT looks like a critical hit table, generating temporary or permanent wounds with impacts beyond simple hit point loss. However the important distinction is that DADT's arose as a way to make the game less deadly - they are only rolled on when hit points hit zero, which in Classic D&D would normally result in death, and are not rolled when an natural 20 attack roll is made (although some folks do also use their DADT for this purpose to further confuse things).

So where did Death & Dismemberment tables come from?

As mentioned above they arose as house rules in individual D&D games, however it would seem that they have their roots in the Warhammer Fantasy Roleplaying game. In WHFRP characters have an analogue of hit points called wounds. Loss of wounds has a few minor effects but importantly when wounds are reduced to zero the character then rolls on one of the famously descriptive critical hit tables, which can result in permanent injury or death. Sound a lot like the idea of DADT's that I've described above? That's because it is. Whilst it's anyones guess as to exactly when and how the concept jumped from WHFRP to D&D, it appears that lots of folks have had the idea and lots of different gaming groups have used DADT's, with the table becoming popular in some local gaming scenes. The earliest version of a DADT posted on the net appears to be the one on Robert Fisher's site (which is also a great read on old school D&D to boot) and a lot of versions floating around the net are hacks, or hacks of hacks, of his particular version. Whilst there are a truckload of differing takes on the DADT online the only published D&D based game I'm aware of that has a DADT written into its rules is the B/X clone Adventurer Conqueror King System.


Why your game needs a Death & Dismemberment table

For some folks the cut and dry deadliness of death at zero hit points is a feature of old school play, and I'm not here to convince them otherwise. However for those finding this aspect of Classic D&D a little too too deadly or simplistic, a DADT is a wonderful way of providing a measure of grace for PC's and variety in results when hit points hit zero. There are lots of flavours of DADT's around and they are eminently tweakable, meaning you can set the exact level of survivability and consequence for hitting zero hit points. Importantly, as well as opening a space for possible PC survival when hit points hit zero, a DADT also enables the easy insertion of meaningful consequences for hitting zero hit points, something that death's door fails to do. Surviving being dropped to zero hit points and a roll on a DADT still leaves the prospect of some form of permanent injury, whereas under death's door if you go into negative hit points but less than the death cutoff point there are no lasting effects. Whilst adding a death save increases the drama of going below zero hit points, in 4E & 5E this is also paired with easily accessable healing, meaning that non lethal unconsciousness is little more than an inconvenience. Pre-release talk suggests the 5E DMG will have a lingering wounds table, which may well be a DADT, something I'm certainly viewing as a positive regardless of how well it gets implemented.
That doesn't mean the DADT only has a use for older editions of D&D. It's more flavoursome and exciting than death's door/death saves, it introduces consequences for hitting 0 hit points and surviving, and despite strong edition preferences which would suggest otherwise, the essential D&D combat experience of hit point ablation remains unchanged in all versions of the game, only changing in what happens once hit points drop to zero or below. That is to say, DADT's can work in any edition.  To that end I'm strongly considering using 5E terminology for Todd I when I post it.

TLDR: the combination of possible survival, possible maiming or possible death as results from rolling on a table provides a unique blend of excitement and anxiety that will enhance your game (fuck I'm starting to sound like some kind of salesman). 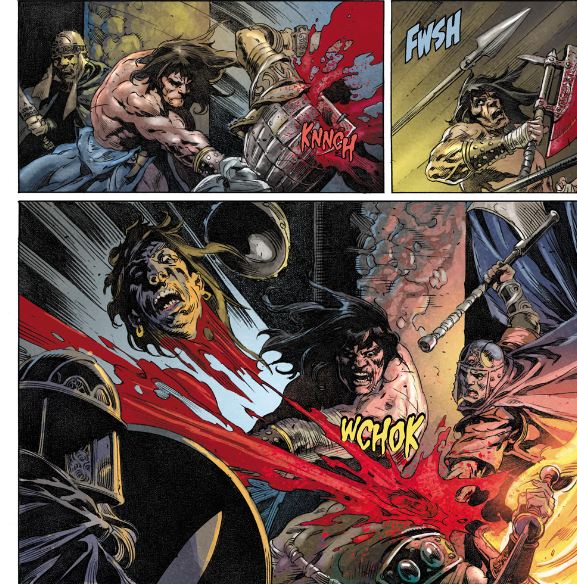 Honour roll of Death & Dismemberment tables
I've listed what I think are some of the most influential and interesting tables that are around. Have a look and hopefully you might find one that will fit (and improve) your game.

Warhammer Fantasy Role Playing (1st Edition) - obviously not directly compatible with D&D but worth checking out if you are looking to make your own DADT. I'm not sure which of the later editions have the critical hit charts.

Robert Fisher's Classic D&D Injury Table - the first DADTposted online, so gets big props for that.

Trollsmyth's Death & Dismemberment Table - a hack of Robert Fisher's DADT. Probably the most well known and used table floating around the 'nets.

The Mule Abides' Red Box Death & Dismemberment Table - inspired by the three above tables only tweaked to be deadlier still.

Tales of the Rambling Bumblers' revamp of Trollsmyth's DADT for 5E - to my knowledge the first and only current table adjusted to make use of 5E conditions.

Adventurer Conqueror King System - a B/X retroclone with a DADT built into the rules (and also a similar table for raise dead attempts). Some of the writers of ACKS blog at The Mule Abides, which makes me wonder if the deadliness of the DADT there informed the one in ACKS, which is pretty brutal. The DADT features multiple results for each wound severity, but there are a fair bit of repeated results. Unfortunately it's also unnecessarily complex, determining results at the end of combat based on healing received and how long until received. That said I still like it, and ACKS is my favourite iteration of B/X.

Roles, Rules and Rolls' Death & Dismemberment Table -has hit locations for each wound severity on a pretty one page table.

Hack & Slash's Table for Avoiding Death - definitely the most detailed DADT, with multiple tables depending on the attack type, but has dials on the complexity if you wish to keep it simple. Well worth checking out.

The Alexandrian's At Death's Door Table - inspired by Jeff Rient's table but altogether crazier. Uses a d30 and has a whole bunch of bizarre near death experience entries.

johnstone's Zero Hit Points Critical Wounds Table - simple and brutal, a uses different dice depending on the size of the attacker.

Breeyark!'s Permanent Injuries - not really a DADT, rather the option to take permanent attribute penalties to recover damage in the aftermath of a fight. Could easily be tweaked to be a DADT with narrative control granted to the players.

Rafu's Grievous Wounds - Like a DADT only it uses a deck of playing cards to determine results.


If you take out the two published games from the list there should be 20 DADT's remaining, so if the list is feeling too exhaustive just roll a d20 and give that one a try!

There are many more out there, if you are interested wield your google-fu with terms like "death and dismemberment" (screening the terms "accidental" and "insurance" lest you get spammed with life insurance policies), "deaths door", "lingering wounds", "permanent injuries" etc. If you've got a good one feel free to link to it in the comments.

To fully appreciate the mindset of the author whilst writing this blog post it is best read whilst listening to:   Arch Enemy - Anthems of Rebellion