So, I'm having another crack at a 2d6 casting check for Magic User spellcasting, for use with the spells from Wonder & Wickedness. 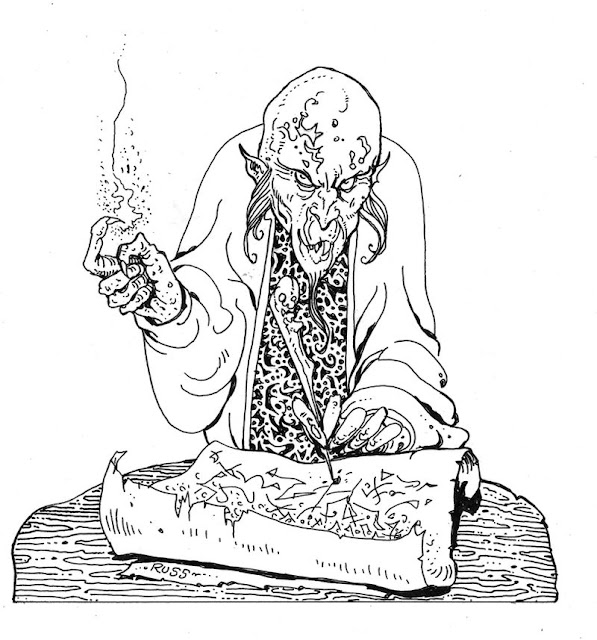 I really like Courtney Campbell's take on the 2d6 casting check and am going to try adapting (ahem, stealing) it. The basic idea is that the caster has a pool of d6's which can be drawn from for any casting check. Allocating more dice makes a spell more likely to be successfully cast, but also more likely to bring consequences. Dice are lost from the casting pool is if the die face is equal to or lower than the level of spell being cast. Really elegant. However given I'm wanting to use this for Wonder & Wickedness spells which are level-less, that ain't going to work so well. I could just allocate an arbitrary number (say 3+) which results in a die being lost, but that's pretty boring. Another idea would be to link the number a die is lost on to the speed of spellcasting - the caster chooses a bonus to their  initiative roll from 1 - 6 which then determines the roll that a casting die is lost on. That's not too bad, but its not really the flavour I'm looking for. Another element in Courtney's system is that rolls of doubles, snake eyes and box cars trigger extra results. This seems much better appropriated for how casting dice might be lost...

The base casting pool is 2d6 for anyone attempting to cast a spell. You add dice (d6's) equal to your caster level and Intelligence bonus to the pool. Dice are lost from the casting pool whilst armour is worn (1 die for each point of AC from armour/shield - I was tempted to retain armour as a penalty to rolls but its easier to go with dice all the way).

When casting a spell the caster chooses how many dice from their pool to allocate to the attempt, rolls and then consults the chart...

...however the initial rolled casting check is not the end of the story, the natural dice rolls also effects the check result and what can happen during spell casting. Whenever multiple dice come up the same number (doubles, three of kind, etc) it indicates a Spell Surge, an uncontrolled release of additional power. To contain the surge of magic the caster is forced to expend some of their power, with the result that the dice that rolled multiples are lost from the caster's pool (and are not applied to the current casting check). Multiples of "1" or "6" create additional effects:

"1" : Wild Surge - as Spell Surge, and a Spell Catastrophe occurs in addition to the results of the casting check

"6": Backlash -  any 6's are removed from the casting check (but not the caster's pool) and replaced by an equal number of Spellburn dice (see below) influencing the casting check result and incurring hit point damage 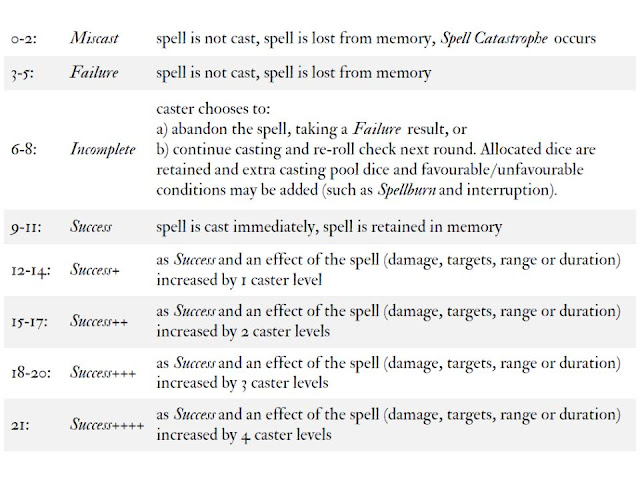 If the conditions for casting are particularly favourable or unfavourable they DM may rule that the caster has advantage or disadvantage on one or more casting dice. For each instance of advantage the caster may roll an additional d6 and drop their lowest (or least preferred, read: multiple) roll from their casting check. For each instance of disadvantage the caster rolls an additional d6 and drops their highest roll for their casting check (however if this would result in a multiple result being discarded drop the next highest roll). Multiple instances of each may be accrued, however any advantage and disadvantage dice cancel each other out 1 for 1 before rolling.

In some circumstances the caster may lose control of their spell and rolls on the Spell Catastrophe table (in Wonder & Wickedness) for the matching spell school. Spell catastrophes occurs when:

How are dice regained?

A night's rest if you are feeling nice, otherwise you might require some form of recharge mechanic (spend a hit dice a la 5E, consume various expensive/disgusting/illegal material components)

Emergent from these is that PC Magic Users will want to maximise ways of getting favourable conditions, especially through special material components or one-shot magic items. This provides lots of opportunities for Magic Users to spend their loot and for adventure hooks to chase down components and items. There could also be magic items that grant permanent favourable conditions, however this would probably be best restricted to a school of spells or even an individual spell.  Otherworldly patrons might also grant favourable conditions - whilst you are in their favour of course...  Magical components might also drive events in the campagin setting, e.g. a war between powerful ruling spellcasters for access to special resources (kinda like the Heroes of Might & Magic games), or a black market in certain body parts as components. 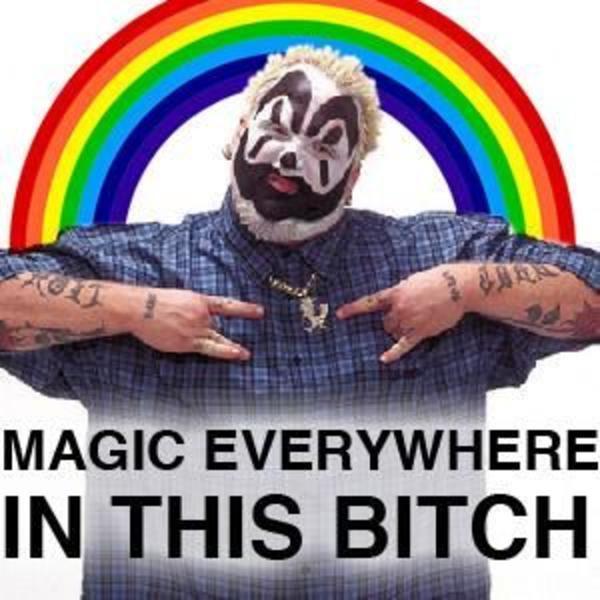