OK, so an idea occurred to me a while back and has been bouncing around insisting that I spit it out. What if the Cleric's turn undead table was borrowed to use as a spellcasting table for Magic Users. The HD of undead would reflect spell level, and the check result would determine if the spell was cast correctly.

This is not a particularly original idea.

I'm not sure if it first occurred to me after reading it elsewhere, but I do know that I have come across the same idea in similar forms on OSR blogs previously (the only one coming directly to mind is this one for using the table for Cleric "Miracles") 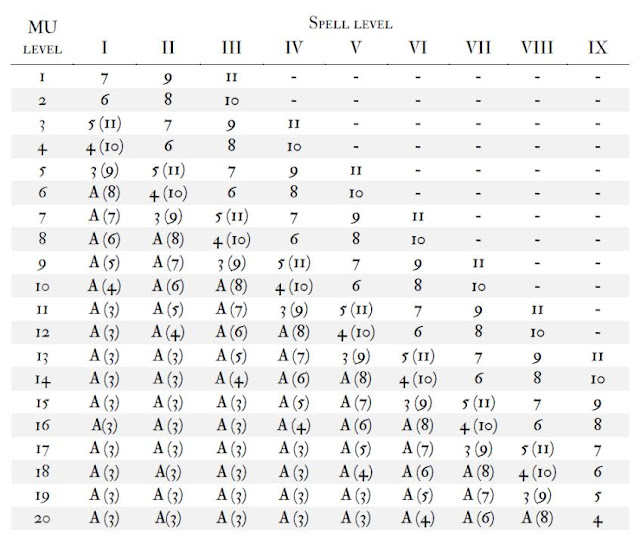 I've adapted the Cleric Turning Table from Dyson Logos's Magical Theorems and Dark Pacts, because it slows down the progression somewhat and introduces a Destroy result as a roll earlier than it would normally become available.

(Edit - this is probably too costly for uncertain spellcasting. I would modify this to either a lower cost [say 1HP/spell  level] and/or only charge the cost for successfully casting [and possibly for casting fumbles]. The idea is to provide a limiting factor against the automatic success at higher level and also to make a use for the Destroy result, which I've used as no cost casting))